We had our outrigger regatta a few weeks ago. It was a great weekend with a lot of canoes from all over NSW and one from Victoria. 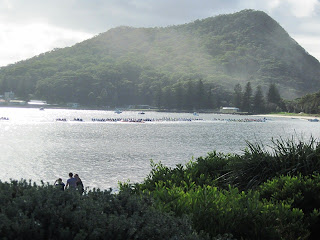 I finally made my jelly roll race quilt although it took several weeks so hardly a race. I love how these quilts look and it was very quick except for the first seam which took forever. 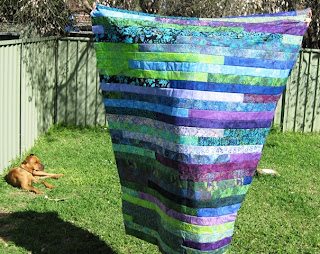 I did it again. Messed up with the background fabric. I decided to make a hugs and kisses from the park quilt by Melissa Corey at Moda Bakeshop. I used the pink lemonade fat quarters I had which my husband picked so I thought I would make it for him. As I had plenty of print fabric I made extra blocks for a bigger quilt and then realised I didn't have enough background. I used a black batik but it is different from every other black batik I have (of course). I think I will have enough to finish if I make all the strips 2inches instead of 2.5 or maybe all the sashing 2.5 and 2 inch borders. I will have to measure and work it out exactly before I cut it out so I am putting it off. I thought about using less blocks and adding a print border but Dave really likes it without borders. 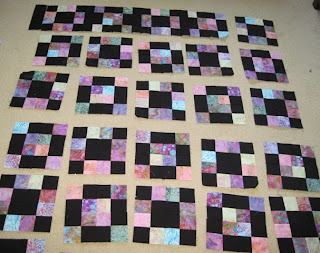 I will not be sewing much over the next few weeks as I will be working a lot. Bummer. Last weekend we went to one of the surf beaches to check out the big surf that has been around lately and saw some dolphins surfing in the waves. It was amazing but we did not have a camera with us. From now on we will take the camera every time we go to the beach. 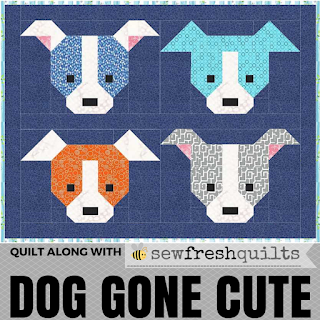